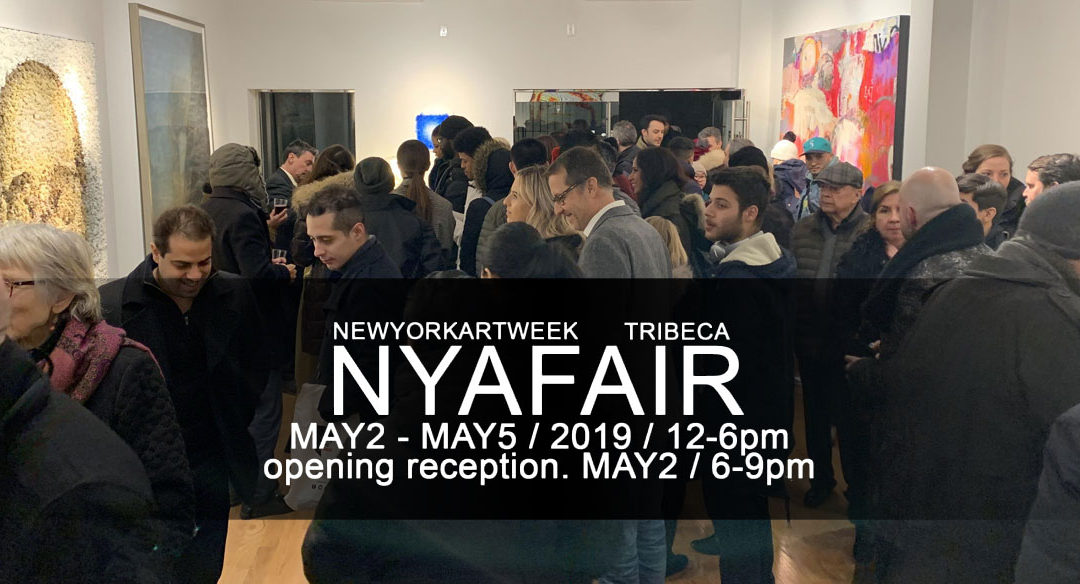 Heal at NYAFAIR  | Written by Anthony Huffman – NYA Gallery is pleased to present a group exhibition focused on healing. The show will feature over 30 artists and be curated by Shane Townley, Founder & Director of NYA Art Center. Amid this contemporary moment plagued by social, economic, and political instability, many turn to various forms of cultural expression to gain perspective and escape from anxiety-inducing news reports. In response to an increasingly divided and distressed population, the artists in Heal offer powerful commentaries on individual and collective healing, be it in the bodily, environmental, or spiritual sense. The exemplary roster of exhibiting artists include: Dustin Adamson, Joanna Bladh, Heather Brugger, Michelle Drummond, Åse Marie Fagervik, Melissa Fernandes, Michelle Fulton, Andrea Garcia, Jesús Contreras García, Steve Hare, Tatiana Ilina, Inna Kaplun, Kami Kinnison, Cecilie Kolderup, Sherry Krivosheev, Geri Loudenslager, Laura Joy Lustig, Maria Magenta, Monica Perez, Donald Perry, Eleni Pittas, Sirenes, Peter Wahlberk, Shoaib Wazir, Donald White, and Roben Zaghian. The exhibit will open on Thursday, May 2nd with a public reception from 6-9pm. After the reception, there will be an after-party for artists, curators, collectors, and patrons at the nearby Roxy Hotel, located between Walker and White Streets on 6th Avenue. The works will remain on view until Sunday, May 26th. Visitors may see the show during its run Monday through Sunday between the hours 12-5pm. Opening Reception: Thursday, May 2, 6-9pm, Exhibition Dates: May 2 – May 26, 2019, 7 Franklin Place, New York, NY 10013.

New Gallery on the Block: NYA

Shane Townley was running a gallery in Laguna Beach a decade ago when he decided he needed a broader platform for his artists – one that gave them a bigger and better chance to sell their work than just the spot on one wall in one gallery. So he launched an iPhone app that catalogs artists and galleries, where any artist can sell her work. And now he has launched NYA Gallery, which not only has the classic white box storefront on the charming cobbled block of Franklin Place, but also another 9,000 square feet of artists studios, art storage and a frame shop on the lower levels. The studios will be open to the public and are generally for rent by artists, but some will also be donated as residencies for artists from other countries. He and his merry band of gallerists, handlers, educators and hangers (seen above) sell 50 percent of their artists’ work online, and also have a gallery on 1st Dibs. But Townley said they still need to sell in the 3D world. “Walls and artists go together,” he said. “They will still need a space to show.” Townley spent four years here exploring different areas and neighborhoods while painting in a studio upstairs in 373 Broadway – biding his time till he figured out the New York art market. He came up with this idea as a way to replicate what he was doing in Laguna. His timing seems pretty good. “For Tribeca it couldn’t be a better time,” he said. “We’re onto something.” Photo courtesy of NYA Gallery